The ultimate iPhone camera comparison: How does the iPhone 6s camera compare to every other iPhone generation? 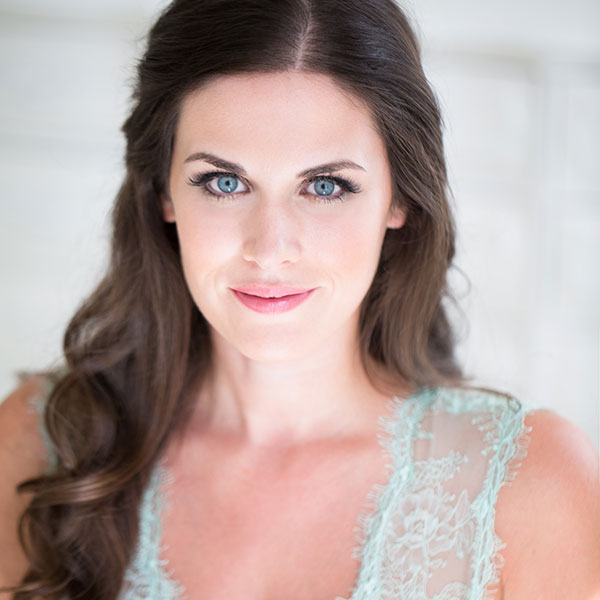 Lisa Bettany is cofounder of Camera+ and MagiCam and has been named one of the top 10 most influential photographers on the web. She is passionate about sharing knowledge and inspiring others to pursue their photographic dreams. 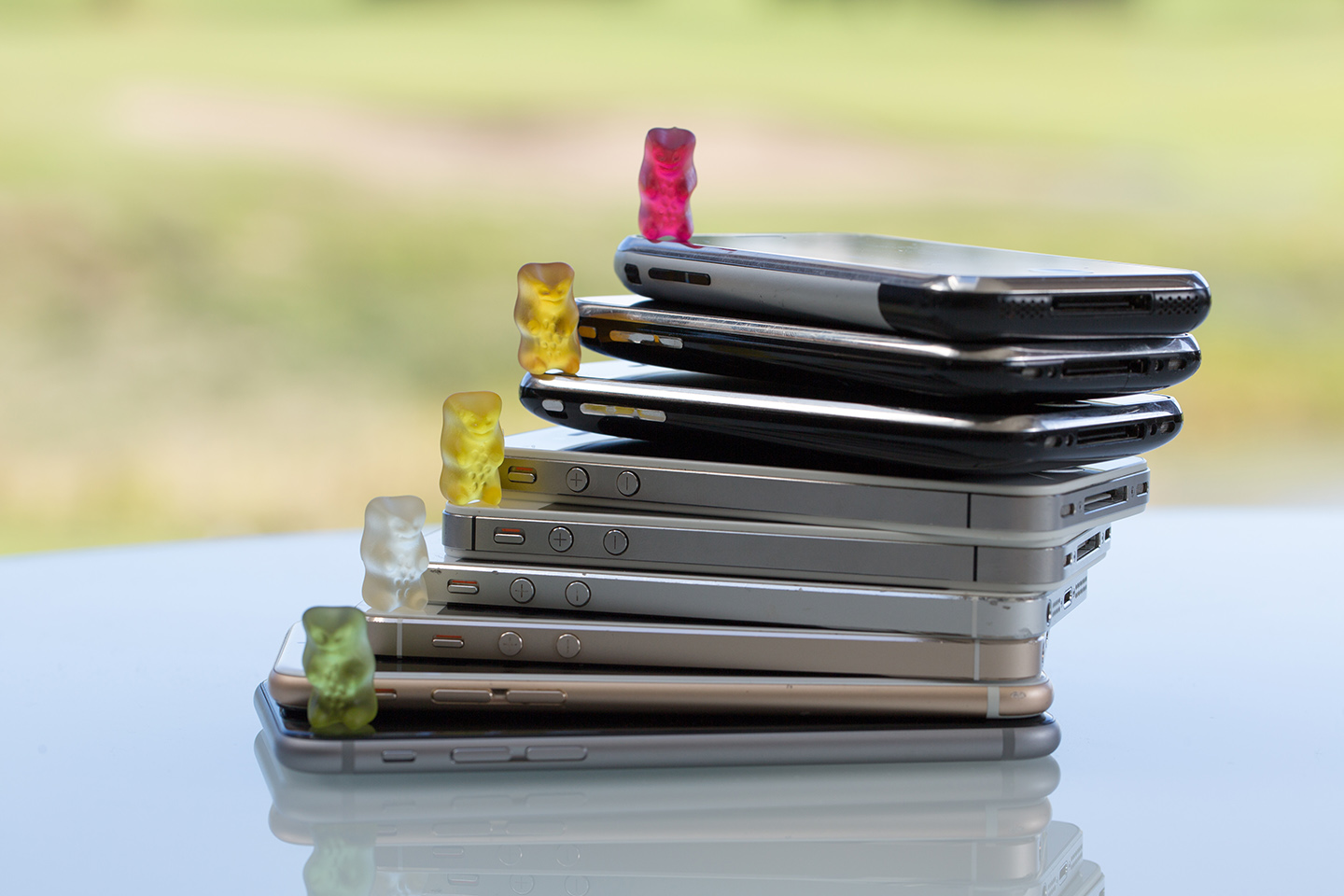 In the past eight years, each new advancement in iPhone camera technology has made dramatic improvements to image quality. The new 12-megapixel iPhone 6s iSight camera is no exception. With 50% more megapixels than the last four iPhone 8-megapixel models, the iPhone 6s boasts a number of key improvements including: improved auto-focus, local tone-mapping, noise reduction, and colour separation, with that fancy “deep trench isolation” technology Apple is raving about.

In this follow-up post to my previous iPhone comparisons, I present a 9 iPhone comparison from all iPhone versions taken with Camera+ including: the original iPhone, iPhone 3G, iPhone 3Gs, iPhone 4, iPhone 4s, iPhone 5, iPhone 5s, iPhone 6, and the new iPhone 6s, in a variety of real-life situations to test each iPhone camera’s capabilities.

The first comparison is a macro of pencil crayons to examine the increase in detail with the new 12MP iPhone 6s. The original iPhone and 3G are fixed focus so they are unable to focus on closely placed objects resulting in blurry, pixelated images. Autofocus was added to the iPhone 3Gs which improves the quality of the image slightly. There is a noticeable improvement in the details and sharpness of the image with the 5MP iPhone 4 and the 8MP iPhone 4s, but we only begin to see the details in the pencil crayon tips with the iPhone 5 and 5s due to addition of the five-element lens which increased the sharpness of images. The iPhone 6 is a brighter image thanks to the local tone-mapping algorithm added to this version, but the clear winner is the iPhone 6s. The addition of detection autofocus and deep trench isolation gives this iPhone camera faster, more accurate focusing and clearer, less noisy images. The detail and colour separation in the iPhone 6s image is dramatic.

Next, a backlit photo of a boat in a marina demonstrates the improvements the iPhone camera has made in dealing with high contrast lighting situations and noise reduction. The iPhone 3G stands out amongst the older phones its warm tones and high contrast. The detail and contrast on the boat is getting better with the 5, 5s, 6, but makes a marked improvement on the 6s. The boat is noticeably sharper and you can see more details in the mountains and clouds behind it. This image quality is very impressive.

Besides wanting an excuse to eat gummy bears, I thought I would add a backlit macro to this comparison. The results were incredible. I was surprised with the impressive quality of the iPhone 4 and 4s. For those of you who can’t afford an upgrade or have better things to do with $1,298.08 (the cost of my iPhone 6S), this is good news. Your old phone is still pretty good. Obviously, the quality gets better and better with the 5 series and even better with the iPhone 6. The iPhone 6s really shines in this challenge. The image is balanced with the bright sun behind the delicious bears and the details are very sharp. The colour separation is also bang on with the iPhone 6s shot. Yay deep trench isolation! Never thought I’d utter those words.

In the first of these two daylight shots, the noticeable differences are white balance, contrast, colour and sharpness of the images. The original iPhone and iPhone 3G were low contrast and very blue in tone. The iPhone 3Gs is kind of an anomaly with it’s warm tone and rich colour saturation. We see a shift from a warm tone to a more accurate white balance with the iPhone 4s. An increase in the details in the last 4 phones is apparent looking at the rivets and the red cross on the side of the Boeing Vertol CH-46 Sea Knight helicopter.

In the second shot of the fishing boat in partially cloud conditions we see a similar increase in details. The sharpness in the lettering is quite noticeable. The sun popped out for the iPhone 6 shot which is why it’s warmer and has more shadows. The iPhone 6s image is very balanced and detailed. Also, I nearly fell off a dock taking this shot and some of my iPhones still smell a little fishy.

One of the major complaints with the iPhone 6 was a pixelated “blotchiness” with skin tones in particular. In this version, Apple altered their local tone-mapping and noise reduction algorithm for better exposure and contrast, but it caused pixelation and a decrease in sharpness. It looks like Apple tried to fix this problem with iPhone 6s using deep trench isolation which causes a greater separation in the photo diodes to maintain accurate colours and reduce noise.

The iPhone 6s image looks more vibrant, sharper and skin tones look more true to life. The sharpness is apparent around my eye, but I’m still noticing the pixelation problem, especially with the highlights on my cheeks in the tight crop. I’m not going to lie… it is extremely creepy to see this many close-ups of my eye ball.

In the sunset photo comparison, we see improvements in contrast, details and colour accuracy over time. As with last year’s comparison, I found that the iPhone 5s has more contrast and vibrancy than the iPhone 6 image. This is likely due to Apple altering the tone-mapping algorithm. With the iPhone 6s we see a return to the more highly saturated and contrasted style of the 5s. There is definitely more detail in the clouds, but they are still quite pixelated due to the noise reduction software Apple is using. It’s a tough balance between reducing noise and increasing pixelation. Something Adobe has been trying master for years. As a photographer, I would love to be able to tweak the strength of this noise reduction algorithm with a slider or manual setting.

We’ve seen the biggest improvements in low light conditions over the years. The original iPhone, 3G, 3Gs and 4 all had an aperture of f/2.8. Apple added a backside illuminated sensor to the iPhone 4 which improved the quality over previous versions. We see some more improvement with a wider aperture of f/2.4 in the iPhone 4s and the 5 which had an additional low-light boost from ISO 800 to 3200. An advanced noise reduction algorithm was added to the iPhone 6 and you can notice the decrease in the overall graininess of the image and an increase in sharpness. The deep trench isolation technology used for colour separation in the iPhone 6s also improves its low light capabilities by ensuring that the light captured by one pixel doesn’t interfere with surrounding pixels. The iPhone 6 image is actually brighter than the iPhone 6s image and looks very good, but the 6s has more contrast, detail and less noise. I’d have to do more tests to really explore low light improvements between the iPhone 6 and 6s. One day wasn’t enough to thoroughly compare the two, although playing with it over the last few days, I’m definitely noticing improvements.

To test another low light condition, this year I’m adding a sunrise comparison. The older iPhones show little details in the clouds and water. There is also an increase in the details of the shadows of the iPhone 6s from the earlier iPhones.

Each year I do this comparison, and each year I am impressed at how much the iPhone camera technology has improved. The iPhone has made it easier to capture and share our memories. Each new phone gives us a better tool to capture better quality images and create incredible photographs.

The improved sensor, software updates and new A9 processor on the iPhone 6s has made this camera the best yet. There is an apparent increase in the speed of auto focus and improvements to colour accuracy, details and sharpness, especially in low light.

And check out this handy infographic that shows how the iPhone camera has evolved over the years.