Apple’s very much a creature of habit. They’ve historically been pretty consistent when it comes announcing and releasing new things. So based on past precedent, here are my predictions for what’ll be going down shortly for this year’s new iPhones and iOS release:

Here’s a nice table showing the past few years: 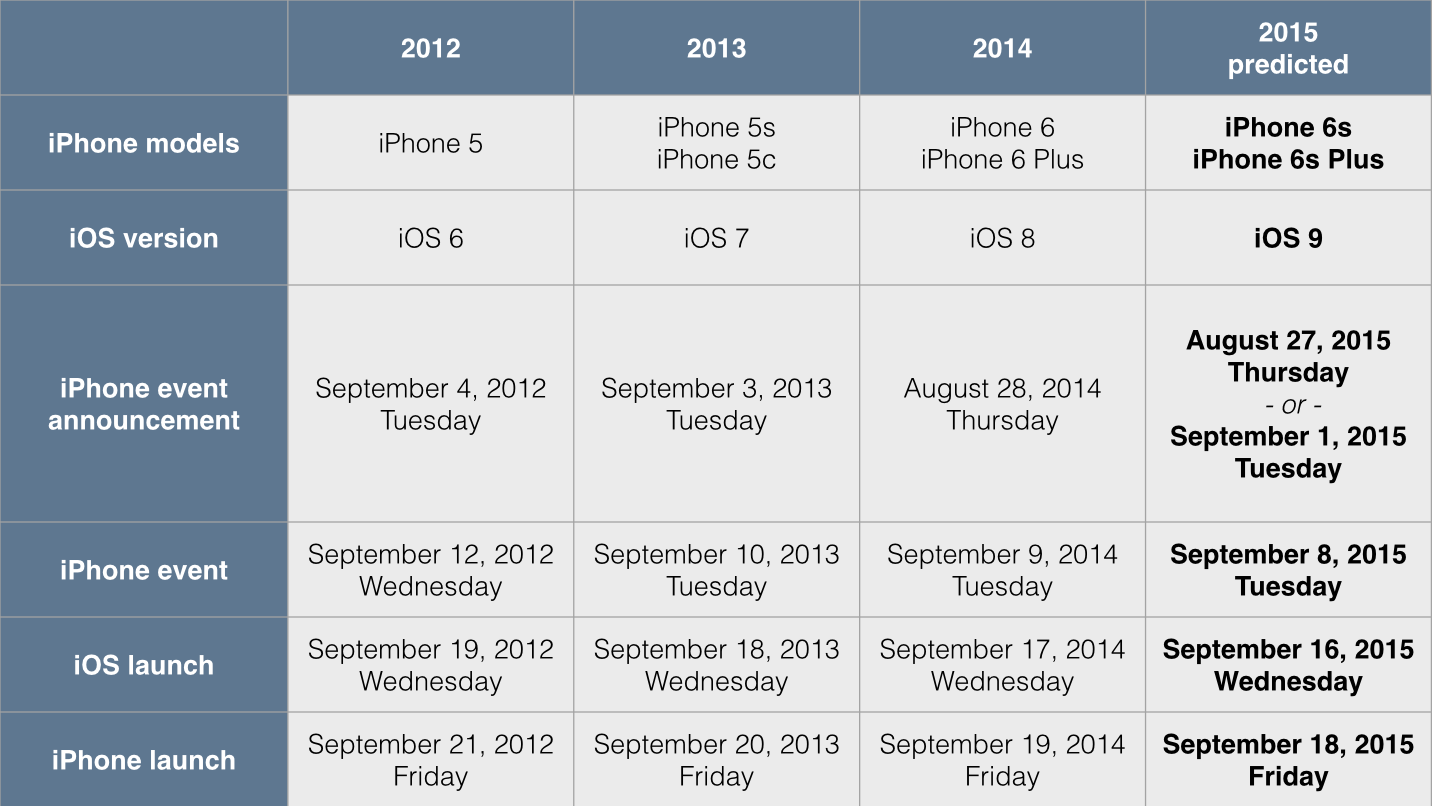 The one date that I’m not confident on is when they’ll actually be announcing the event. If you look at the chart, you’ll see that that’s been all over the place. But if I was a betting man (and I am), I’d say they’re going to do the same thing as last year and go with a 12 day spread between announcement and event. So that’d put the announcement of the event at tomorrow (but I’m still hedging and left the two likeliest dates in the table). We’ll see…