How to Create Memorable Vacation Photography…with Your iPhone 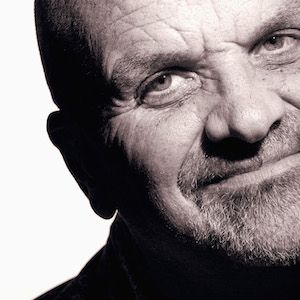 Jack Hollingsworth, a denizen of Austin, TX, is an award-winning, 30-year career veteran in commercial photography. Jack has fallen in love with his iPhone camera as his primary capture tool. He is also an avid Camera+ devotee and has been since day one. He deeply believes that, when all is said and done, the iPhone may just be remembered as the most influential capture device ever in the history of photography.

Not too long ago, I was shooting in San José, Costa Rica. And yes, I was shooting with my iPhone. I didn’t have much time in the location we were shooting, but I was able to get some fabulous shots that I want to share with you…along with some tips on how I did it.

I love to take vacations (who doesn’t?) and I absolutely LOVE to take photographs of the places I travel to. It should come as no surprise, to many of you reading this, that taking memorable vacation photos with your iPhone can be instinctive, intuitive, genuine and unpretentious. I am going to share with you some of the things I have learned that will help make your vacation photos more memorable.

Stories Are More Important Than Images

In the mobile photography space, it’s not really about images per se. It’s about stories. Stories have a beginning, a middle and an end. Learn to think like a magazine photographer, or better yet, a filmmaker. Shoot a variety of shots – wide shots, long shots, medium shots, close-ups, and extreme close-ups. Think ‘collection of images’, in storyboard form, rather than a stream of single unrelated photographs.

01_Stories Are More Important Than Images

The Goal is to Interpret and Not Just Document

02_Goal is to Interpret Not Just Document

Great Vacation Photos Are Born Out of Empathy

Truth be told, great vacation and travel photos are born out of empathy and great sensitivity. We are travelers first and photographers second. Riveting and spellbinding mobile photography is born out of being a travel participant and not just a spectator. Experience is your ‘secret sauce’!

Want to be a Better Photographer?

If the answer to this question is yes, then strive to be a better human being. As you connect with the world around you, try to see and feel what makes you tick. You’ll find it much easier to figure out what makes you ‘click’. The road to becoming a better mobile photographer goes through the heart of your own humanity.

Most big cities have pedestrian streets where cars, trucks and buses are somewhat restricted. San José, Costa Rica is no exception. These areas are generally bustling and teeming with life and activity all day long. People who congregate in these areas are often not in a hurry. This makes the ‘Zen’ of vacation shooting a lot easier. The courage to shoot perfect strangers is generally rewarded. Walk up and down these pedestrian streets until you find the perfect scenario, then shoot away.

I don’t know about you but every time I travel to a country outside of my own, my visual sensations are on heightened alert. This is the wizardry of seeing old subjects with new eyes. It’s kind of crazy that the very stuff you might pass by in your own neighborhood causes you to be spellbound on foreign soil. You don’t have to understand it, just go with it and shoot away. Analysis leads to paralysis. It’s not about ‘looking’…it’s about ‘seeing’.

I don’t speak Spanish, and yet quite a few of the people I was shooting in Costa Rica did not speak English. We communicated with each other in our body language. For me, this always starts with eye contact and an inviting and warm smile. Often that’s enough to get the shot I want. Sometimes it takes more coaxing and convincing, so I might revert to a light touch on the arm. I believe that most people you shoot on the street can glean a good sense of who you are. Call it a ‘sixth sense’, but your aura is something that comes across naturally to strangers.

Above all, when shooting on the street, be polite, humble, and as confident as possible. These three emotional drivers usually get a ‘yes’ more often than a ‘no’ (this is based on shooting thousands of ‘perfect strangers’).

I know this may sound a tad corny to you, but I believe that most locations have a ‘spirit’ or a ‘soul’ – not physically, but contextually. It’s a photographer’s job to reveal this spirit to others. National Geographic photographer Bob Krist calls it a ‘spirit of place’. I like that!

Discovering the spirit or soul of a location helps you and you’re viewers relate emotionally to the subjects and scenes you shoot. As I suggested earlier, my goal, as a mobile photographer, is not just to show people what a destination ‘looks’ like, but also what it ‘feels’ like. Let your viewers ‘get to know’ the destination like they would a new acquaintance or mutual friend.

The World in Living Color

I have always been a color freak, especially when I travel. Color seems to jump out in front to me. It pulls me in like a magnet, from every direction. Oftentimes, it’s the color itself and not the content that allures me to a particular scene or subject.

Continents, countries and cities each have their own unique color palette. It’s what identifies them, and sets them apart. Color, especially in travel, is highly emotive, demonstrative and excitable. Knowing color theory will help you trigger memorable responses with your viewers. Always be on the lookout for color!

09_The World in Living Color

When photographers talk about the ‘big picture’ travel photography stuff, they are talking about exposure, focus, white balance, composition and subject matter. And while these subjects are important for amateur and pros alike, I sometimes think we get lost in them and pass over often-neglected topics and themes like rhythm, pace, tempo. All these things relate to timing – being in the zone or not being in the zone; what to shoot or what not to shoot; how fast to move or how slow to move. When is enough…enough? When do you stay? When do you move on?

Trust me, the more you are aware of these photographic influences…the better you’re pictures will be and the better you’ll get at repeating your successes and minimizing your failures.

I say this so much that people think I’m crazy, but I believe it’s a secret ingredient to raising your mobile photography game. Shoot now. Edit later.

Shooting and editing are very different parts of the brain. I am convinced it’s way better to focus on capture, and then do all your editing and processing later. Don’t edit while you’re shooting. It interrupts the creative process. Do it later. Try it. You may be surprised as to what a powerful mantra this is!

Last, but not least, ‘make’ and don’t just ‘take’ photos. Give yourself permission to do both. Sometimes you’ll ‘take’ whatever is before you, no alterations. Other times, you’ll have a concept or idea and try instead to ‘make’ a photo – altering things in a scene to give you exactly what you want. There is no right or wrong to this. Experiment. Have fun. Learn to take and make memorable vacation photos that will bring you joy for many years to come.